YaraVita ACTISIL is a liquid formulation for foliar applications containing choline stabilised orthosilicic acid together with calcium to help plants to remain vigorous in hostile growing conditions to improve yield and quality.

YaraVita ACTISIL can also be applied via fertigation and is also absorbed by the plant through root uptake.

Silicon
• YaraVita ACTISIL contains silicon in the form of stabilised orthosilicic acid which is the only bioavaiable form of silicon but is usually very unstable
• Silicon migrates through the leaf cuticle and epidermis after foliar application and is then absorbed by the plant and stored in the cell membranes.
• Silicon is an important component of cell walls and plays a structural role by strengthening the cells.
• Silicon enhances root growth and increases water and nutrient uptake by the roots
• Silicon also enhances tolerance to abiotic stress by stimulating antioxidant activity
• Silicon reduces heavy metal uptake and toxicity on plants

Choline
• YaraVita ACTISIL contains choline which stabilises the silicon in the form of orthosilicic acid ensuring it remains available for plant uptake.
• Choline improves uptake by acting as a transporter to help pull the silicon into the target cells.
• Choline also helps protect plants against osmotic stress and is itself a structural component of cell membranes.

Trials have shown that YaraVita Aciticil improves fruit firmness leading to improved storage, transportability and so extended shelf life. The reinforcement of cell walls also means an increase in the mechanical resistance of the tissue so improving tolerance in hostile growing conditions and promoting resistance to physical stresses (drought, heat).

The liquid formulation makes it easy to measure, pour and mix the product in the spray tank.

YaraVita BIOTRAC
A biostimulant formulation for foliar application based on a blend of nutrients and bioactive compounds to alleviate the impact of abiotic stress conditions to stimulate flowering, fruit set and improve crop yield and quality
YaraVita ACTISIL
A liquid formulation for foliar applications based on choline stabilised orthosilicic acid to help plants to remain vigorous in hostile growing conditions to improve yield and quality. 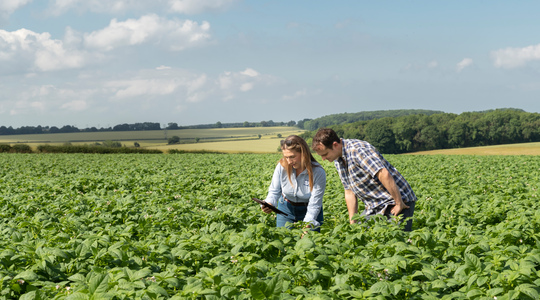 Biotrac helps combat stress in potatoes
There are many types of biostimulants on the market, each with different purposes. Yara's biostimulant products focus on is enhancing tolerance to abiotic stresses such as extreme temperatures or drought. They contain bioactive components that help the plant mitigate the effects of stress. 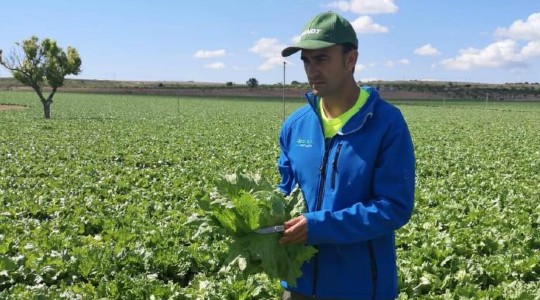