Graham Porter from Naveby, Lincolnshire has used the N-Sensor for 10 years and is convinced it has transformed their business. "It would be very difficult to farm this variable land without an N-Sensor, the N-Sensor is a marvellous tool for us."

The Stephenson family farm about 1400ha of quite variable arable land at Withernsea, East Yorkshire just inland from the Yorkshire Coast.

They were new ALS N-Sensor users in 2016 having decided to take one on lease as a first move into variable rate farming. Installed in January of 2016 and used on both a spreader and Chafer sprayer, early applications being by the spreader and last application by the sprayer.

To find out more Chris Mason from Precision Decisions Ltd, Yara's N-Sensor partners in the UK, paid a visit after harvest to see how they had got along with this new piece of variable rate nitrogen technology in the first year.

I met with Keith Stephenson (Junior) spreader driver, and David Stephenson the combine and sprayer operator in their office at Northfield Farm. David and Keith took me through their experience with the N-Sensor through this first season and then went on to show me in more detail how well it had performed through Biomass and N–Application maps as recorded by the sensor.

Whether on OSR or cereals they felt that the N-Sensor had performed as promised. Within a short time, particularly by second application, they had passed through, “the sceptical stage” as Keith said, and could see from the maps, particularly the Biomass maps that the crops were being evened up across the fields. They used the N-Sensor in Absolute mode on OSR and both Target and N–Application mode on cereals depending on circumstances in the field.

Having attended the N-Sensor workshop at Lincoln Showground in January of 2016 they found the learning and familiarisation process when first using the sensor a little daunting. A couple of early technical issues were dealt with by Precision Decisions Ltd in a timely and professional manner. Once up and running they settled into the mind-set of letting the N-Sensor “do its thing” even though at times this may have seemed a little counter intuitive based on past flat rate experience.

As the growing season progressed, not one of the best due to low levels of sunlight throughout May and June, both Keith and David could see just how even their crops were looking, this visual impression was confirmed by Biomass maps recorded by the N-Sensor.

Harvest time proved what they thought to be the case. Overall the harvest was by far the smoothest they had ever experienced. David (combine driver) was particularly impressed by the way that the combine drove. The much more consistent crops reduced RPM variations and header height movements markedly. Overall even-ness of the crops made the whole “harvest unbelievably better” from previous years. One field R36 has a particular area at ‘Wood Corner’ that when flat rate N applied, even with manual variation in previous years, has always suffered lodging. Since 2004, when David started driving the combine for Stephensons this part of field R36 has always suffered from lodging. This year there was no lodging here or anywhere else on the farm.

The N-Sensor has definitely paid for itself during this first year of operation in increased yields and a much easier harvest, it’s not necessarily about saving costs or reducing inputs, it’s about maximising the effective use of Nitrogen by putting it where it’s needed.

Overall, taking a poor growing season into account the Stephensons feel that the N-Sensor has contributed to at least 0.5 tonnes/ha additional yield on both OSR and cereals.

David went on to say that the N-Sensor “has definitely paid for itself during this first year of operation in increased yields and a much easier harvest”, he went on to say “it’s not necessarily about saving costs or reducing inputs, it’s about maximising the effective use of Nitrogen by putting it where it’s needed”

Another benefit they noticed was, “A much-reduced need for growth regulators on specific areas” 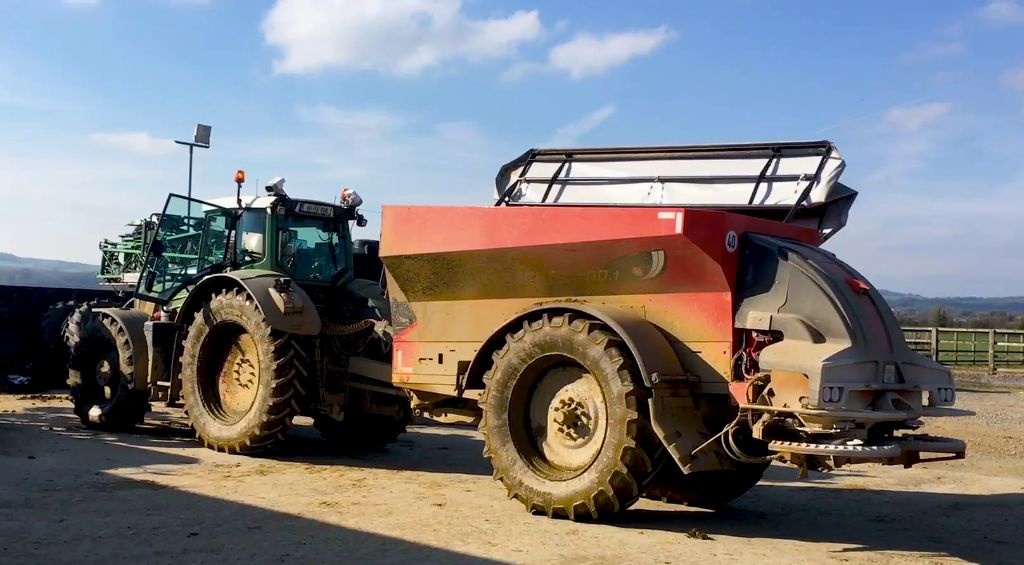 A fantastic first year with the N-Sensor
James O'Reilly of Ballyragget Farm in Kilkenny, Ireland took delivery of the very first ALS2 N-Sensor to be ordered at the UK release at CropTec 2018. We caught up with James to look back on the first season. 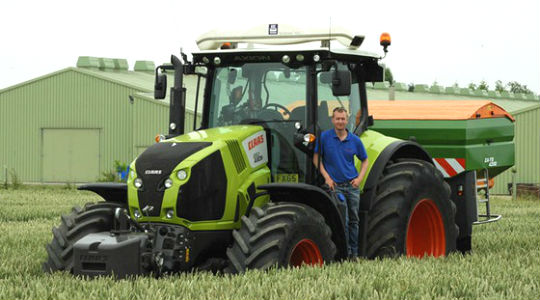 N-Sensor transformed our business
Graham Porter from Naveby, Lincolnshire has used the N-Sensor for 10 years and is convinced it has transformed their business. "It would be very difficult to farm this variable land without an N-Sensor, the N-Sensor is a marvellous tool for us."

Soil analysis discovers limiting factors
Everyone knows the importance of taking a soil sample; but should you be investing in more than just basic soil analysis? N-Sensor twins science with sense
The N-sensor is one those cutting edge tools that can generate vast arrays of utilisable data and use this information to make decisions in real time.